[]
Home » Editorial & Articles » What Lies Behind the Delays in the Babri Masjid Case? 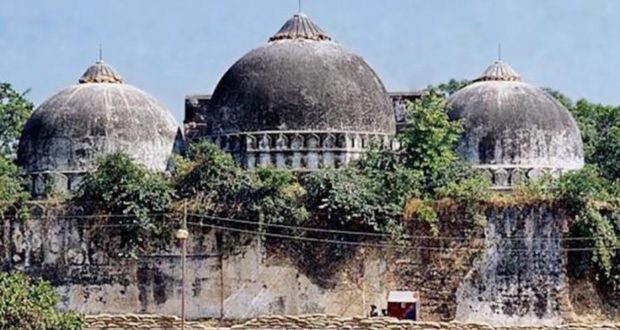 What Lies Behind the Delays in the Babri Masjid Case?

The HC judgment is over 4000 pages long, and the evidence, which forms part of the complex mosaic of this case, is appealable in ways that do not admit to short cuts.

There has been a lot of confusion about my interjections in the hearing of the Babri Masjid case. Inevitably, what the court said (through Chief Justice Ranjan Gogoi) is news, and I am adverse news. 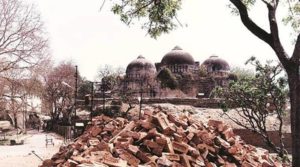 I need to clarify that I have never tried to delay the proceedings in this case. From 2010, when the Lucknow proceedings came to an end, till 2018-19, the record was not completed and translated by both sides. Before a three judge bench (presided over by Dipak Chief Justice Mishra), many preliminary objections were raised. Only the objection raised by me survived.

I had requested that a constitutional bench (i.e. of five judges) clarify certain observations in the Supreme Court’s 1994 Ismail Faruqui judgment because they were relied upon in the massive Luchknow judgment. At first, the three judge bench rejected my view and I was asked to proceed with the main case. At the next hearing, I arrived ready to open the main case on which my first submission was ready.

I repeat, I was ready to start the main case straightaway. But the Misra bench asked me not to begin on the main case but proceed on the preliminary matter. I did not ask for more time but began submissions on the latter that afternoon. Eventually, I was right because Justice Bhushan and Misra provided the necessary clarification (though not fully) and Justice Nazeer (in dissent) took the view that more clarifications were needed by a 5- judge bench.

I am not concerned with rumours over whether the Misra bench was trying to prolong the case because Chief Justice Misra did not want to hear it and that the case was being deferred until Chief Justice Mishra retired. I was now ready to open the case. 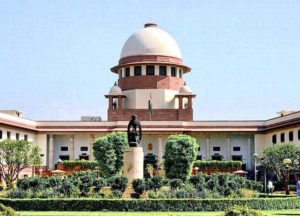 After Chief Justice Misra retired, Chief Justice Gogoi took over and, in time converted a 3-judge bench into a 5-judge one. If the Misra bench had done this straightaway, the issue of reference to the larger bench would have been obviated. Earlier, Chief Justice Gogoi spent a lot of time trying to complete the record which had not been completed by all parties.

Once again, I do not want to get into the whispering controversy over whether Chief Justice Gogoi was also trying to prolong the case until his retirement or why the case went, or did not go, into super-acceleration. I also do not want to enter into any controversy as to what compulsions may have prompted this. 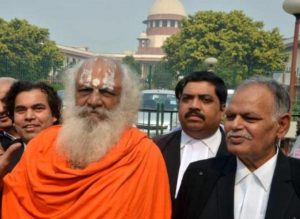 The next event came from the judges themselves, pointedly by Justice Bobde, that an attempt be made for conciliation. This was supported only by one of Hindu parties (the Nirmohi Akhara) and the Muslim parties (the Sunni Waqf Board) and not the rest of the Hindu parties.

The next event was that Chief Justice Gogoi announced that the Hindu appeals (Case 3 and 5) would be decided first. This was certainly a big change. Throughout, in the Supreme Court case, it was the Muslim appeal (Case 4) that was heard and I had been all ready to start.

I expressed my discomfiture in court about this change. Consistent with court practice, the first item was the Muslim case (M. Siddiq) and I had already started arguments on that case. The CJI felt that I was not right, even though I told him that now my right to reply was affected.

I really do not know why this huge change was made. One reason could be that the Hindu parties had asserted in court that this was only a title case and that the issue of limitation would knock off the Muslim’s case which, allegedly, was filed too late so as to attract limitation.

I do not know if the preference to the Hindus to start the case was to conclude the case in their favour as quickly as possible. However, I did tell one of the Hindu lawyers my views on this change. I was reminded of the adage that the English play the game according to the rules, but when they want to win they change the rules.

Once again, I do not know what persuaded the court to change the order of argument but feel that before the Muslim title could be knocked out on limitation, I had to establish the title of the Muslims to the site first.

The next event occurred when case 3 was opened by Sushil Jain for the Hindu Nirmohi Akhara. It is customary that when documents are read in court, the opposing counsel may request the next paragraph be read so as to save the court’s time.

I requested this. Jain was about to read it, when the Chief Justice told me that I would get a full opportunity to read it in reply and get a full hearing. Conscious that the next paragraph should have been read, I said: “I hope so”. The Chief Justice also reminded me that I was an officer of the court. After the intervention of Parasaran, I replied that I was, indeed, an officer of the court and that I was not claiming any rights but simply wanted to discharge my duty to assist the court.

My concern was that when something is cited later, judges often say we have already read this. Anyway, the Chief Justice, then asked me a subjective question, as to whether I had doubts about this. Subjectively, I answered truthfully “I am not sure”. I later explained to the court that if you ask me a question of what is going on in my head, I will answer truthfully; and that if the CJI did not like my answer to such questions, these questions should not be asked of me. The Chief Justice sternly reminded me of the decorum of the court.

I must confess I can never quite tell whether the Chief Justice was angry or simply raising his emphatic voice. Perhaps, it was the latter. But then the Chief Justice and the judges are always news and  others become adverse news. Although I did not say this to the court, I was reminded of what former Attorney General Ramswami said to Justice Kuldip Singh when he was asked what the Attorney General thought. Ramswami replied: “If I tell you what you want to hear, I might commit perjury. If I tell you the truth, I might commit contempt of court”. Legend has it that Justice Kuldip Singh did not reprimand the attorney but laughed heartily.

The next incident occurred when Vaidyanathan for the Deity was reading exhibits from the Lucknow judgment and skipping pages. Then, the Chief Justice asked him to skip some pages and come to what he felt was relevant. This is the Chief’s practice in other ‘run of the mill’ cases.

But the Babri case was not a run of the mill case because it was a first appeal on facts and law and each piece of evidence or fact mattered. The Chief Justice then told me that that I would get a chance to place my case; and, told me for the last time that counsel can take as long as they like and was openly annoyed that I had raised the question again.

Once again, I cannot often tell whether the Chief is angry or was simply being emphatic. What is more important is that Justices Bhushan and Chandrachud told me that I could clarify all this in my reply. The latter also told me that if they don’t read the documents that could show weakness in their case, I could point this out in my turn. I said that they had to place their case properly rather my having to do so. This was also adversely reported against me.

One of my requests to the court – that the hearing of the case should not be five days a week – was portrayed as an attempt to delay the hearing of the case. This request was made after consulting lawyers and one of the lead counsels on the other side, who agreed with me but did not want to make a joint request.

The reason for making this request was that the teams on both the sides were burning the midnight oil relentlessly in a case like this which throws up complex issues every day during the hearings. Normally, five judge benches hear matters on three days (Tuesday, Wednesday, Thursday). The only exception was the Gujarat Resource matter in the 1970s and the Triple Talaq case, which Chief Justice Khehar wanted to hear before he retired.

Once again, for what other reasons I cannot say, in the present case, the Hindu side while agreeing with me, backed out of a joint mention. Chief Justice Gogoi said that he would let me know the court’s view, which was later stated in the open court to be that I could ask for a day in the mid-week when I started.

My own unexpressed view was that I had not made the request for myself but for all – to better our duty to assist the court. The CJI’s acquiescence to my request seemed to portray my asking for a personal dispensation for myself. This was not the case.

And I need to clarify one more aspect that does not concern the Court. On August 14, 2019, during the lunch break, one counsel said to me “Jai Sri Ram” in the presence of other counsel. This was obviously not a blessing. A discussion ensued.

I then read out to them that some time back (March 25, 2019) I had been sent a message which, amongst other things, said that when I went on my antim yatra  it will be to the sounds of  ‘Jai Sri Ram’. In the court’s restrooms, when I am alone, this happens all the time with warnings that I should not argue on the wrong side.

At home, since my gate and front door are always open, I recall at least one visitor in the early days saying all these things to me. On one occasion, a biscuit tin with undesirables was left. I have no chowkidar. It is well known that when I said those who destroyed the Babri Masjid were Hindu Taliban akin to the Taliban who destroyed the Bamiyan  statute, I was almost attacked in court but security was called to escort the potential attacker out as he advanced towards me.

When I arrive, I greet the sadhu present and, of course Parasaran and others, which they reciprocate. I make an appeal to those who feel that, as a Hindu, I should not have taken this case (that too pro bono), that such persons, lawyers or otherwise, are acting irresponsibly and in bad faith.

I want to state the high court judgment in this case is over 4000 pages long. The evidence, all of which forms part of the complex mosaic of this case, is appealable in ways that do not admit to short cuts.

In sum, my colleagues and I have never tried to delay the hearings and my reaction to the hearings was both truthful and bona fide.