Government has a zero tolerance policy towards terrorism, asserts HM

Union Home Minister Amit Shah, who was on the three-day visit to Jammu and Kashmir, has returned to the national capital this morning. The Union Minister on the last day of his visit yesterday after extending his visit stayed for the night at the CRPF Campus at Lethpora in Pulwama where a suicide car bomber of Pakistan-sponsored terrorists had attacked a CRPF Convoy and left 40 paramilitary personnel martyred in February 2019.

The Home Minister addressed the Sainik Sammelan and also paid his rich tributes to the CRPF Jawans who sacrificed and laid down their lives for the nation and attained martyrdom in the terror attack in 2019. On this occasion, the CRPF Jawans were delighted to see that the Home Minister of the country has come to meet them and spend a night at the campus.

While addressing the Jawans, Mr Shah said that it was an honour for him to spend a night with them at the campus in Pulwama and a very important occasion for him to be with the forces whether the Army, BSF, CRPF or SSB who are protecting every inch of the border.

He maintained that a new era of development has started in Kashmir, the effects of which are visible in the fact that Pulwama which was known across the country and the world over for the terror attack on CRPF will now have a medical college to be built at the cost of 2,000 crore rupees. Mr Shah also witnessed the Shikara Festival on the waters of world-famous Dal Lake in Srinagar last evening. 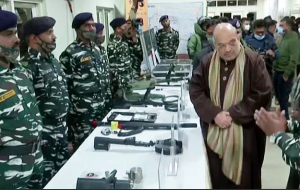 The Home Minister also paid his obeisance to Goddess Raagyna Devi at Kheer Bhawani temple in central Kashmir’s Ganderbal district yesterday morning and was accompanied by Lieutenant Governor Manoj Sinha and other senior officers of the Union Territory Administration.

Later in the day, Amit Shah while addressing the gathering at Sher-e-Kashmir International Convention Centre (SKICC) in Srinagar yesterday, hit out at National Conference President Dr Farooq Abdullah for seeking talks with Pakistan. He said that the government would rather, talk to the youth and people of Jammu and Kashmir for making the Union Territory as the most developed and prosperous in the country.

Mr Shah asserted that the government is aimed at wiping out terrorism from Jammu and Kashmir and put an end to civilian killings completely and maintained that nobody would be allowed to disrupt peace and the process of development taking place in the Union Territory of Jammu and Kashmir, which has a special place in Prime Minister Narendra Modi’s heart. Mr Shah added that Modi Government has a zero-tolerance policy towards terrorism as it is against humanity.

The Home Minister also inaugurated a 500-bed hospital at Bemina completed at a cost of 115 crore rupees, laid the foundation stone for the Handwara Medical College and other road projects worth 4,000 crore rupees.

The Union Home Minister was on a three-day visit to the union territory of Jammu and Kashmir, the first time since the abrogation of Article 370 on 5th August in 2019 when the erstwhile state of  Jammu and Kashmir was bifurcated into two Union Territories of Ladakh and J&K.

The visit of Home Minister assumed significance since it had come at a time when several incidents of civilian killings by terrorists in Kashmir have created fear psychosis among non-local labourers, residents and the tourists visiting the valley from various parts of the country. 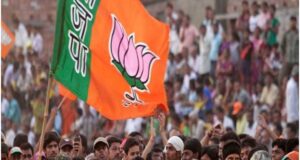 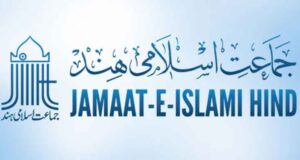 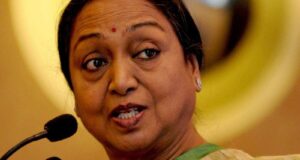